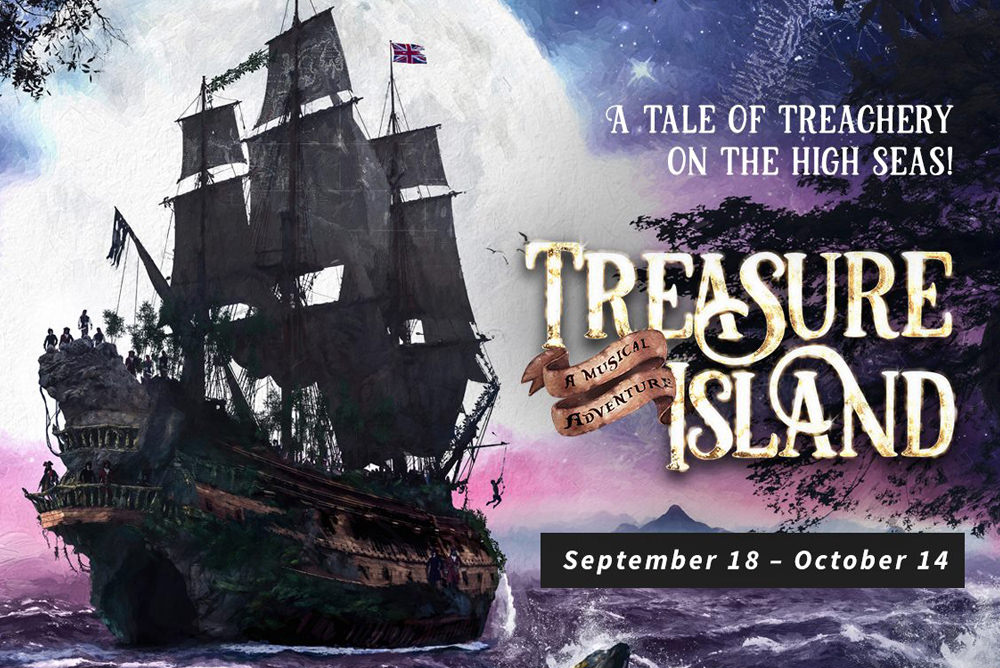 Do you recall reading Treasure Island? It was required reading for my high school and I vaguely remembered the story, mostly because there were pirates, intrigue and just a pure sense of adventure that I seemed to really fancy!

This past weekend, my wife and I joined another couple to attend the opening weekend production of Treasure Island at the Fulton Theatre. It was highly enjoyable, both from the time with good friends, the story and the music, character development, sets, etc. Really a quality work.

Then in the Lancaster paper, I read this review:

“About 10 years ago, Marc Robin and Curt Dale Clark presented their musical Treasure Island at the Fulton. It was a pretty good show, telling the classic story by Robert Louis Stevenson about Jim Hawkins and his quest to find a treasure. It had lots of power ballads, and I remember thinking it felt a little empty — all puff and not enough heart. On Thursday night, a new version of Robin and Clark’s Treasure Island opened, and wow, what a difference a decade makes.”

I absolutely did not know the back story. This is a second version, a redo of the original idea–adding on to it, rethinking the storylines, remaking the characters and adding some new roles. Doing all the hard work, again. For this, I really appreciate the heart and willingness of Marc Robin and Curt Dale Clark to continue to strive for greatness when good enough could have been the standard. All who see the show are all the better for their willingness to adapt and explore.

At the same time, I was thinking deeply about the word “hinder” which means cause delay, interruption, or difficulty, to prevent from doing, acting, or happening; stop or literally to injure. Why is it that our progress toward some great is hindered so many times? Why is it that we don’t move forward, see progress, take the next step on something important?

I think it lies on our perception of where great ideas come from. If you really dig into it, most great ideas ARE NOT found in one sitting, one moment of incredible inspiration. Most great ideas come over time, the product of many seasons, of taking an idea, adding to it, experiencing some failure, having new insights, creating a model or prototype, testing it and then being willing to start the process again. It’s over time that good ideas turn into great masterpieces. So, my friends be patient, but also be persistent. Keep notes, see anew, don’t lose your sense of wonder and one day, your “Treasure Island” idea will literally come to life before your eyes.

Are you in a Treasure Island season of innovation? Thinking about taking an idea to a new level or reflecting on a first run of something that you know will be even better on the second run.  What are you learning about the process? How has this process shaped you…. Really would love to hear your “Treasure Island” reflections and learnings… Connect with us!