I Can See Clearly Now… HUH? 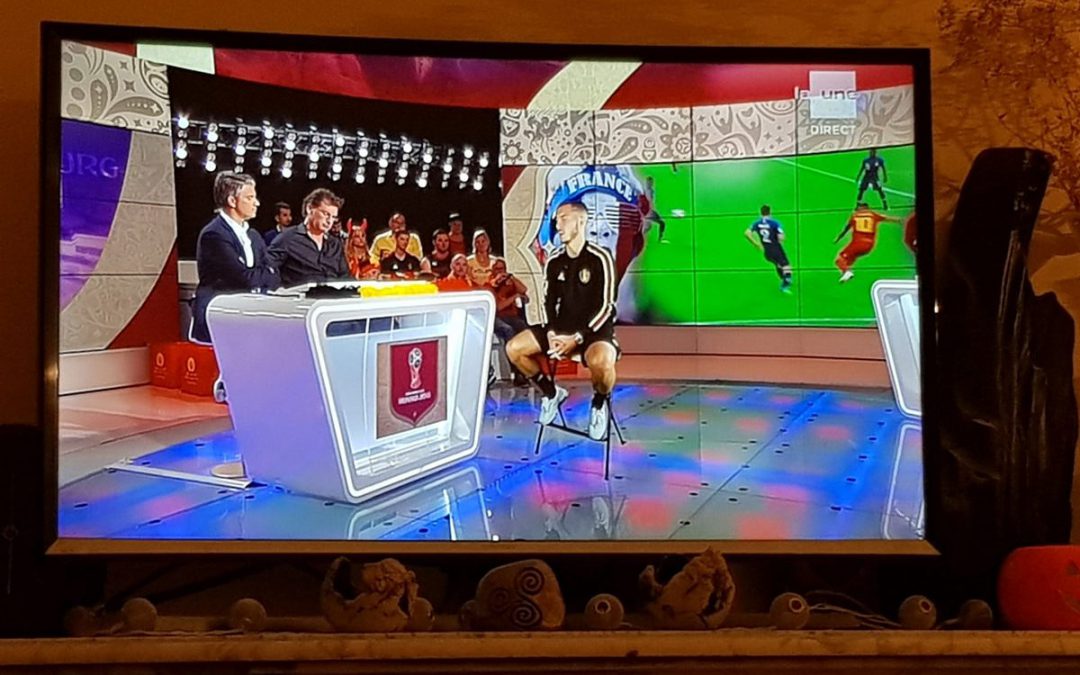 OK, this is going to be a bit different type of discussion. We live in a world where what we see is not necessarily what we think we are seeing. Our reality can, with a bit of technology, be altered.

For those of us who are a bit more seasoned in life, we started in a world where an image captured a moment of time, place, space and color. We had a few ways to adjust the image by enhancing the color, making the image brighter or darker, but our options were limited. Not so at all today.

As I watched the soccer World Cup this year, I was intrigued when they used a hologram in an interview. It looked and felt as if the people in the scene were physically together. Let me explain. The “hologram” effect has made an appearance at this year’s World Cup, courtesy of Belgium broadcaster RTBF. Often branded as teleportation by various graphics companies, the effect allows a remote interview to appear side-by-side through the use of augmented reality. In this case, Belgium soccer player Eden Hazard was interviewed “in studio” (in Belguim) while actually sitting on a chromakey in Russia.

Now, you might say, that shouldn’t surprise me. Some might reference the recent Star Wars movie as proof that we already crossed over the bridge in that they used a hologram of a person (as a central character) who has passed away. But for me, the World Cup image will become a seminal event—one which I will remember going forward as the event where time, place and proximity no longer can be assumed and maybe doesn’t matter anymore.

Now, just to confirm—this is a change, but I don’t feel any sense of loss or concern—I am just really, really curious about where this can go. How can we use it to build up people? What are the possibilities as this type of technology becomes more and more mainstream? How will the expectations for experiences continue to grow as we move forward?

One of the technologies we are watching carefully is augmented reality (AR), which superimposes graphics or text over the real scene that the viewer sees, like a heads-up display. What’s even more impressive is the fact that people have not pigeonholed AR or virtual reality (VR), which relies on a headset or goggles to immerse the viewer in a scene. Instead, creative minds are developing innovative applications for these technologies that go far beyond toys and games for uses as diverse as medical device simulations and hospital training to new product launches and even fundraising and development.

Not far from Forgeworks’ offices, HOPE International, a non-profit whose mission is to invest in the dreams of families in the world’s underserved communities through micro-enterprise, has created an experience to give donors and prospective donors a unique opportunity see the organization’s mission in action by offering immersive, 360-degree virtual “tours” of a village in Malawi, where a HOPE loan helped fund a new business.

Garden Spot Village uses virtual tours to engage visitors to their website. Because the tours are VR enabled, viewers can use virtual reality glasses to stroll through the restaurants, hallways and homes at Garden Spot Village.

Nearby, the Lancaster-based architectural firm RLPS uses VR to review and make changes to three-dimensional blueprints for buildings the firm is designing. Benchmark Construction is exploring ways to use AR to enhance its two-dimensional marketing portfolio with 3D pop-ups that appear when a viewer holds a phone or tablet up to a specific place on a brochure.

In fields like architecture, engineering and construction, where 3D models are widely used, “it almost seems irresponsible not to experiment with VR and AR,” Benchmark’s Marcus Grimm, vice president of Market Growth & Innovation, wrote in a recent Lancaster Thriving article. For businesses that don’t use models, “it’s a matter of examining the challenges you’re facing and asking yourself how technology can be used to overcome them.”

“Irresponsible” is a strong word, but not off the mark. Remember the millions of consumers who accepted Pokemon GO without a second thought? They (and the cohorts who will follow—in other words, your future customers) will take AR, VR and the heightened experiences that they provide for granted. When they’re shopping, they’ll expect to be able to see additional product information on their phones. When they’re driving, they’ll expect to see the route overlaying the live street view. They’ll expect to “meet” with people in remote locations. It’s not a stretch to think that they’ll expect to experience a virtual hotel room before they book its real-life counterpart.

Have you started looking at AR or VR? How are you going about it? What resources have you found to be most useful or informative? If you’ve experienced AR or VR yourself, what are your impressions? Have you identified any potential applications for these experiential technologies that could benefit your organization? Are you excited about the possibilities? As the technology becomes more mainstream, what will it take to enable you to meet your customers where they are?

If you would like to engage in a guided discussion through the applications of AR or VR, contact us today.